I buy too many books; my TBR pile is ready to give way any moment, and my bank balance is suffering. As I was collecting books to feature in this haul, I decided that I need to put harsher limits on myself, because this is a bit ridiculous. But, on a brighter note, it makes for one long-ass haul.
I went a bit mad in Waterstones at the beginning on the month. I had to buy a book that I needed, but didn’t particularly want, so thought I’d buy a few others to ease the pain. The first was Holly Bourne’s Am I Normal Yet?. 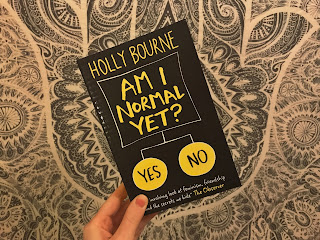 “All Evie wants is to be normal. And now that she’s almost off her meds and at a new college where no one knows her as the-girl-who-went-nuts, there’s only one thing left to tick off her list…

But relationships can mess with anyone’s head – something Evie’s new friends Amber and Lottie know only too well. The trouble is, if Evie won’t tell them her secrets, how can they stop her making a huge mistake?”
Having recently read It Only Happens in the Movies (which I reviewed here), I could not wait to read this. It did not disappoint. If you like YA novels that paint accurate portrayals of adolescence and mental illness, then not only is this the book for you, but Holly Bourne is the author for you. I love how involved I feel in her work, and it is partly because the characters that she writes are so familiar. She is just wonderful, and I highly recommend this book.
I also picked up A Shiver of Snow and Sky by Lisa Lueddecke, which was my first read of 2018. If you like YA fantasy with a setting that completely dazzles your mind, this is the novel for you. If you’re interested, I have a more in depth review here. 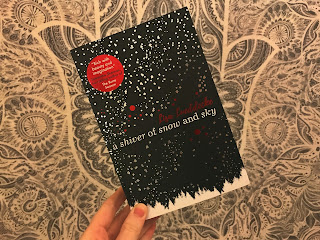 The next novel I bought is a blend of two of my favourite things: fiction and Lincoln. It’s George Saunders’ Lincoln in the Bardo. 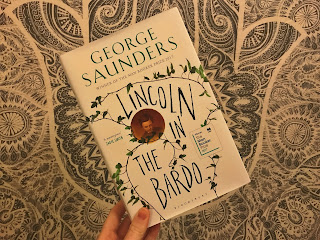 “Willie Lincoln dies and is laid to rest in Georgetown cemetery. Newspapers report that a grief-stricken Lincoln returns to the crypt several times alone to hold his boy’s body.
From this seed of historical truth, George Saunders spins an unforgettable story of familial love and loss that breaks free of realism, entering a thrilling, supernatural domain both hilarious and terrifying. Willie Lincoln finds himself trapped in a transitional realm – called, in Tibetan tradition, the bardo – and as ghosts mingle, squabble, gripe and commiserate, and the stony tendrils creep towards the boy, a monumental struggle erupts over young Willie’s soul.”
This book is phenomenal. Any opportunity to learn more about Lincoln is wonderful, but, alongside knowledge, there is also an intoxicatingly odd, but very engaging, fictional story. This blend of fact and fiction is written in an almost script-like form, and has characters that will make you laugh and cry in equal measures. I was pretty certain that I would love this book, and it most certainly didn’t disappoint.
The next couple that I bought are non-fiction, and I think I have mentioned them in a previous post. The first is William Goldman’s Adventures in the Screen Trade. 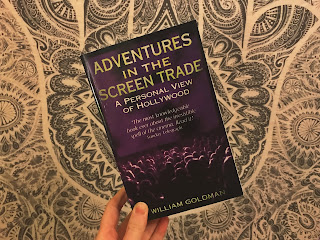 “As befits more than twenty years in Hollywood, Oscar-winning screenwriter William Goldman’s sparkling memoir is as entertaining as many of the films he has helped to create. From the writer of Butch Cassidy and the Sundance Kid, All the President’s Men and Marathon Man, Adventures in the Screen Trade is an intimate view of movie-making, of acting greats such as Redford, Olivier, Newman and Hoffman, and of the trials and rewards of working inside the most exciting business in the world.”

I have yet to read this, but I am very interested in learning a little more about the film industry, so I am looking forward to starting it (hopefully sometime soon).
The second non-fiction book I picked up is Mary S. Lovell’s The Mitford Girls. 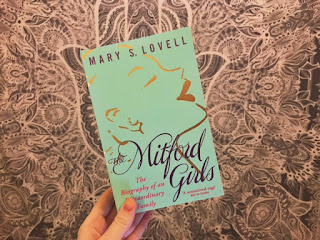 “Even if the six daughters, born between 1904 and 1920, of the charming, eccentric David, Lord Redesdale and his wife Sydney had been quite ordinary women, the span of their lives – encompassing the most traumatic century in Britain’s history – and the status to which they were born, would have made their story a fascinating one. But Nancy, Pamela, Diana, Unity, Decca and Debo, ‘the mad, mad Mitfords’, were far from ordinary.”
I recently heard the Mitford sisters mentioned by a friend, and when I started to ask questions, I knew that I needed to know more about them. Going by reviews, this is the novel that will help with just that, so I am very excited to read it.
The next book that I picked up is Muriel Spark’s Memento Mori. 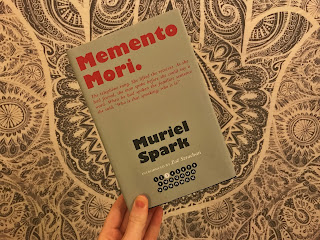 “Described by David Lodge as ‘her first masterpiece’, Memento Mori opens with a telephone call and the words ‘Remember you must die’. Over several months, a circle of elderly men and women receive similar calls and everyone becomes a suspect. As the investigating police inspector muses: ‘Death, when it approaches, ought not to take one by surprise. It should be part of the full expectancy of life. Without an ever-present sense of death, life is insipid. You might as well live on the whites of eggs.’ While immersed in the indignities of old age, dementia and death, this novel is both profoundly compassionate and entertaining.”

Polygon have released these beautiful editions of her novels to celebrate what would have been Spark’s 100th birthday, and, having read and loved The Prime of Miss Jean Brodie and The Driver’s Seat, I thought I’d pick one up. Spark was an incredible novelist, and I cannot wait till I have the time to read this.
We’re almost at the end, I swear. The next book I bought is Thomas Hardy’s Two on a Tower. 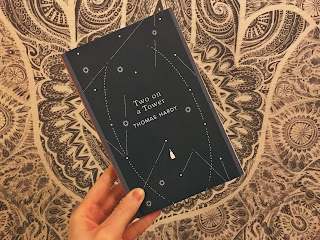 “Two on a Tower tells the story of Lady Constantine, who breaks all the rules of decorum when she falls in love with the beautiful youth Swithin St Cleeve, her social inferior and ten years her junior. Together, in an ancient monument converted into an astronomical observation tower, they create their own private universe – until the pressures of the outside world threaten to destroy it.”
I want to start collecting more of the Penguin English Library editions, and where better to start than with one of my favourite novelists. I already own Tess of the D’Urbervilles and Far From the Madding Crowd, and this seemed very intriguing, so I thought that I’d pick it up and give it a go.
Second to last, I picked up one of the wonderful Penguin Little Black Classics (that are only a pound), and it’s a collection of Emily Dickinson poetry. 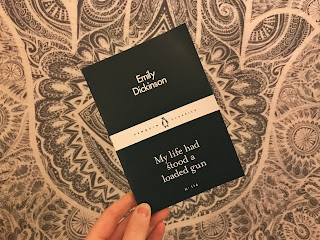 I absolutely adore Dickinson’s poetry (despite not being a huge poetry fan). She is funny, honest, intelligent and constantly poses questions that leave me thinking for days. I’ve been reading a poem here or there when I having nothing to do, and I’ve yet to find one that I have not loved.

FINALLY, I bought Holly Black’s The Cruel Prince. This novel is INCREDIBLE, but you can read all about it in my latest review here. 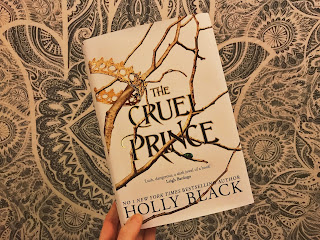 And that’s all the books I bought in January! I hope you enjoyed being appalled by my spending habits, and found something in there that you might like.
Thank you for reading!

If you like bookish babbles, YA, and creative writing, then feel free to follow along. Thank you. Happy reading! 🐳